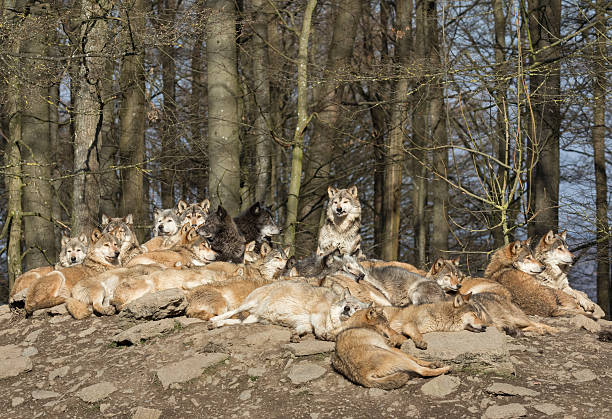 0600: YHC is surprised by the turnout and the presence of Wildebeest and Jumper as they were planning to travel north to the Winter Convergence in Cleveland, but plans changed early in the gloom. Looks like plan A is in effect with a full turnout. We took off for a long mosey nearly 1mile cutting up through the terrain of the park we haven’t been through yet and end up in a far parking lot.

Short Mosey to Guardrail… Decline plank walks – break as needed – all the way to the end. 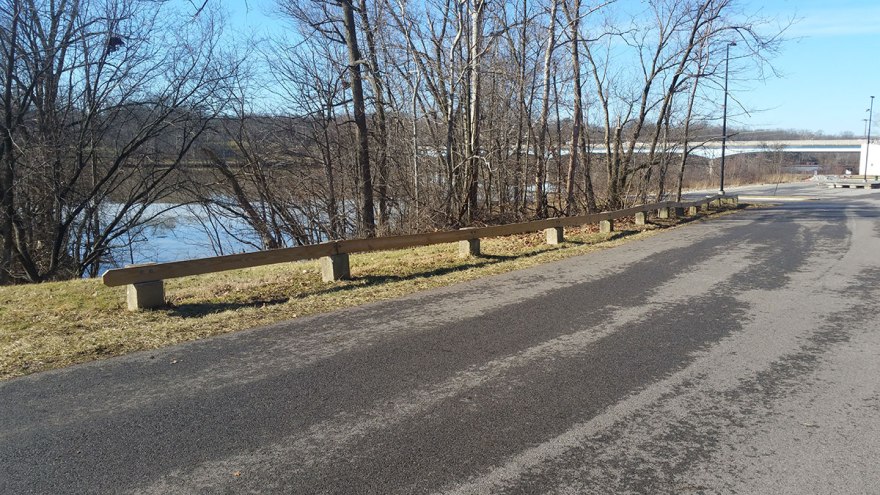 YHC felt taxed at the midway point on the way down (these are hard and this is a HUGE rail) and considered calling it. However, with breaks as needed it was a good test for all, eat the elephant one bite at a time. The men moved quickly sharpening each other along the way. Once we reached the end, realized we can’t be stronger in one direction than the other so… all the way back – same thing.

THE THANG
With our core fully awake YHC explains the main course. WOLF PAX – As a tight pack we start at a moderate mosey pace and every 3 count speed up a little. Each man is tasked to keep up with the pack until he starts losing ground then drop to the ground, take a 10 count and…

20 Knee-up Merkins (10/side)
20 Walking Lunges (10/leg)
Mosey from six as finished and gather each man back into the PAX. Once everyone is together again REPEATO… x4

By the second one these worked almost exactly as planned, PAX spread across 100-300meters. The last runners (in front) to drop end up in an all-out max speed sprint as long as they can hold it until steps are lost with the leader, they each drop down and start their exercises until they’re rolled back up from the six. This helped push every man to his limits while bringing us all back together quickly.

Short mosey to the base of a hill for 7s.
6 – 1 legged burpees at bottom
1 – Star Jump at top
Repeato until finished up top 6 star jumps. Mosey to shelter for picnic table work.

We pushed today. Humbled by the men in this workout. Iron Sharpened Iron!